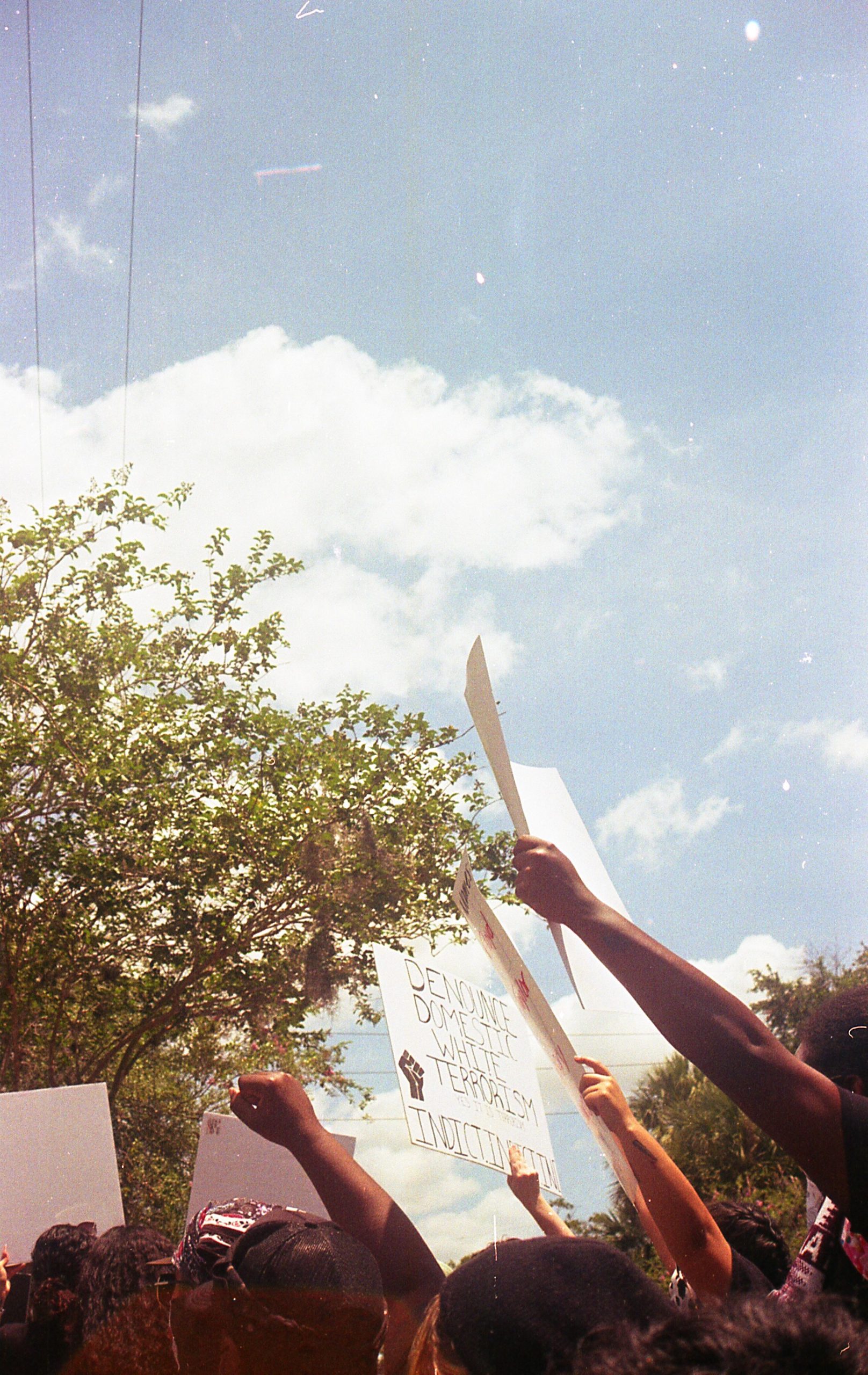 The Democratization of the United States

The days that followed November 3, 2020 felt interminable. They were days full of a heightened anxiety that I had only experienced once before—the night of November 8, 2016. On that night, I was adding and subtracting electoral votes with a frenzied, slightly desperate air. However, unlike 2016, the night of Election Day 2020 carried a tinge of possibility. I almost didn’t want to admit it to myself. As a Liberal with strands of Conservatism, Biden was not my first or second choice. However, I realized that Biden, self-described as the savior of the American soul, was the only chance of stopping the United States from going down a road that would lead to a place where Donald Trump would mean the end of the United States as we had so dreamed it to be and the beginning of something worse: unfounded fears of socialism give way to tangible manifestations of authoritarianism. I can’t help but observe that in fleeing so far to the right of the Democratic Party, the people of the Republican Party have instead wholly embraced, and awoken, a reality that mirrors their greatest fear: an all-encompassing government that cannot be trusted.

On the night of November 3rd, the possibility of a Biden presidency felt too delicate to even whisper of or outright hope for. My phone was trained on the Associated Press’ election results. The dizzying calculations of Wolf Blitzer and John King played on the television. I hadn’t seen them since the Election Night of 2016.

Social media was silent. My contacts on Instagram and Facebook posted their purposeful, perhaps even self-preservatory, disconnection from the election results. Instead of frantic maps and calculations and increasingly distressed statements, as were the events of that fateful night in 2016, instead, I was met with cakes, movies, dancing, meditation and complete silence. My friends, most of whom were extremely active in the 2020 election season and the Black Lives Matter movement, were doing anything but watching the inevitable and unchangeable results roll in. There comes a certain point when exhaustion is all encompassing and, perhaps, living in the last moments of bliss is preferable to a reality in which the United States elected Donald Trump as president yet again. Part of me wished that I could tear myself away from the maps and watch a movie instead.

The days following Election Day were long days made longer by maps of the United States that obstinately remained in shades of light blue and red. Percentages and numbers threatened to tip the scales. The entire country buzzed with the words “mail-in” and “in-person” and “270.” Nobody dared to cheer or celebrate even though it seemed very certain that the tide would soon turn solid blue. Four years living in Trump’s America has taught us to be conservative with our optimism and cautious with our faith. Trump never fails to disappoint. He never fails to reach the bottom of the barrel, and even after four years of his rhetoric, his voice an unwelcome resident in my head, I am still astounded by the audacity of his words and actions. Truth and rationality, it seems, are merely suggestions to Trump. He did not fail to deliver his brand of disappointment following the 2020 election.

Statements from the White House have tinged the atmosphere of hope and cautious optimism in shades of uncertainty. President Trump, as though in a childlike impression of autocrats like Putin, Lukashanko, Mugabe, Maduro, and Milosevic, declared himself victor before the strike of midnight on Election Day. In Twitter tirades, written in an increasingly unhinged tone, Trump lied about the illegality of counting ballots past Election Day. Though concessions are not legally required, they are the norm. He has not conceded but, rather, has actively challenged the election results. Fellow Republicans in positions of power have instead publicly said that they fully expect, and are preparing for, a second term. He made a string of claims that are so nonsensical and unfounded that it is insulting to the intelligence of Americans to repeat them if only to refute them.

The presidential election of 2016 brought upon a series of truths that had previously been obscured to many. I live in a consistently blue county in central Florida. In 2016, I spent most of the election season lulled into the false security of a Clinton victory. My father and I went to cast our ballots as soon as the polls opened. I cried at the voting location when I realized that the United States would have a woman as president.

I remember the exact moment that reality hit. The exact moment that I saw that the world was not made up of urbanites and academics and the people who surround me and that Clinton’s win was very unlikely. I was driving from my home in blue central Florida into the heart of rural Georgia in the tail end of October, when, in my opinion, it’s most beautiful. The highway to Georgia rises and falls in gentle hills dotted with napping cows. The lanes are cushioned by never ending cotton fields and little wildflowers that might be weeds dance in the chilly breeze. The same scenic roads that I had taken so often and found a certain measure of peace were decorated with vulgar anti-Clinton ads and the lawns of the old mansions were adorned with all manner of pro-Trump yard signs.

Since that awakening, I have made the conscious decision to go beyond my immediate political circle not to convince but to engage. To engage in conversation that is based on truth and mutual respect and that is purposefully challenging. It has been exhausting but it has also been a necessary exercise and lesson about the country that I was born in and love. I was determined to not be caught by surprise in 2020 like I was in 2016. As such, I was fully prepared for a second Trump presidency.

I often look through pro-Trump pages on social media. I never write anything but I think that it is important to read comments. It is usually rather monotonous; the same subjects approached in the same calculated manner. Immediately following the election, I was struck by his followers refusal to look anywhere but where he directed. I am shocked at his ability to create reality from nothing but wishful thinking and unfounded lies. Brazenly, he claimed fraud in the electoral process, the bedrock of democracy. Millions of his followers echo his exact words. There have been warnings of impending violence should Biden win. Images of angry protestors outside of vote counting centers chanting, “stop the count,” playing on loop.

The days that immediately followed November 3, 2020 felt interminable. They bled into each other in a sea of anxiety and unproductivity. Then, unexpectedly, Georgia turned blue. Following this shock came a wave of solid blue so quickly, so fiercely, that it was met by nothing short of wide eyed wonder.

Yet, I have found that there’s an elephant in the room in this country. The people spoke, by a landslide of unprecedented level, but will we be heard? The truth is that it doesn’t feel like a victory. It feels like something that is dangling by a thread.

As a first generation American and the daughter of Venezuelan immigrants, my life has been marked by intense political events and disappointments. It has been marked by protests and referendum after referendum and broken systems and corruption and polarization and political violence and uncertainty and the belief that maybe someday things would get better quickly followed by the realization that they wouldn’t. I always thought that these protests would revolve around my ancestral countries. I never thought that I would one day find myself protesting the United States holding immigrant children in cages and detention centers or worrying that a democratically elected president would not be inaugurated.

Through his unfounded claims of electoral fraud, Trump has severely damaged the democracy that he swore, under oath, to protect. Democracy, as explained by political scientist Charles Tilly is a political system that is based on the idea of a majority rule. (1) In democratic regimes, “political relations between the state and its citizens feature broad, equal, protected, and mutually binding consultation.” (2) The government, elected by the people, then is in charge of providing public goods such as infrastructure, national security, and social capital. (3) By putting into question the bedrock of democracy, the people’s vote, Donald Trump has “poisoned” American democracy. In Trump’s inability to not only not tell the truth, but in his ability to lie so blatantly, trust in the American government has eroded to levels where a potentially life saving vaccine is distrusted. Operation Warp Speed, a public-private partnership, is viewed with hesitance. A study published in October 2020 found that acceptance of the vaccine comes with a strong trust of the central government, which, as we well know, is not currently the case in the United States of America. (4)

The past four years have not been easy. They began in disbelief and grew to a state of fear and anxiety and levels of polarization that have brought us to this moment. The path forward is not easy. Biden and Harris, if inaugurated, will inherit a country infected by political polarization, racial tensions, inequality, economic strain, misinformation, and to top it off, a pandemic that, as of this writing, has grown to new heights and has no end in sight. Biden and Harris will also inherit a long corroded democracy.

Writing this short article has been difficult, much more difficult than I imagined it would be. Perhaps it has been so because everything seems so uncertain and we are still in the thick of it and everything that is happening matters. Sometimes it is a little bit difficult to keep up. The path forward is one that is full of contestations and legal challenges and MAGA marches and vaccines and a little bit of hope. For those of us who value truth, freedom, democracy, and the will of the people, it will be exhausting. I still carry the hope that in the end, our democracy, corroded as it might be, is still strong enough to ensure the will of the people. The system is in place and it is going to be tested like it never has before.

What comes next? Even if Biden and Harris are elected to office, they are hardly a true solution for the problems that face this country. American millennials have now lived through two “once in a lifetime” economic recessions. We are burdened with student loans, low paying jobs, a climate that collapses around us, and the weight of the history of this country. While

Biden and Harris represent hope, it is simply because they serve as the foil to Donald Trump and they are a little bit closer to the vision of America that we want for the future.

The trouble with Donald Trump is that he is more than a person. Like many politicians before him, he has transcended to become an ideology. He has put doubt in the electoral process, in the central government, in the President-Elect, in our fellow Americans. In planting that seed of doubt, he has also planted a seed for what may come. Our only hope in stopping the Trumpian ideology from taking a firm root in American society is ourselves. Politicians can only do as much as we, the people, let them. 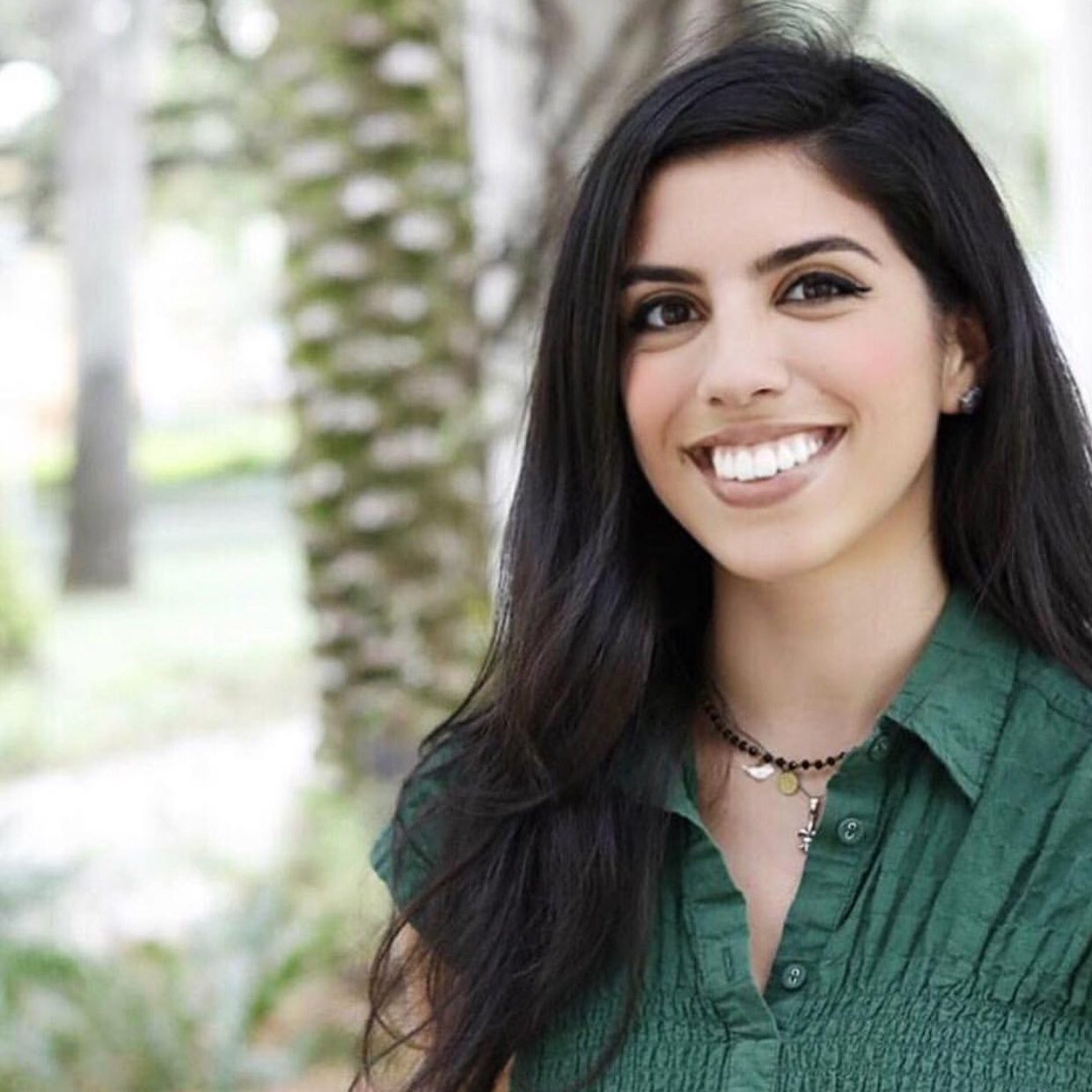 Michelle Assaad is the Editor in Chief of Black Feather Magazine. She is a research analyst who specializes in the Middle East and Afghanistan, Michelle has always found herself drawn to the topics of culture, human rights, humanitarianism, media studies, and conflict journalism. She has published papers on the digitization and preservation of cultural heritage, and humanitarian photography. She is also a published poet and creative writer.