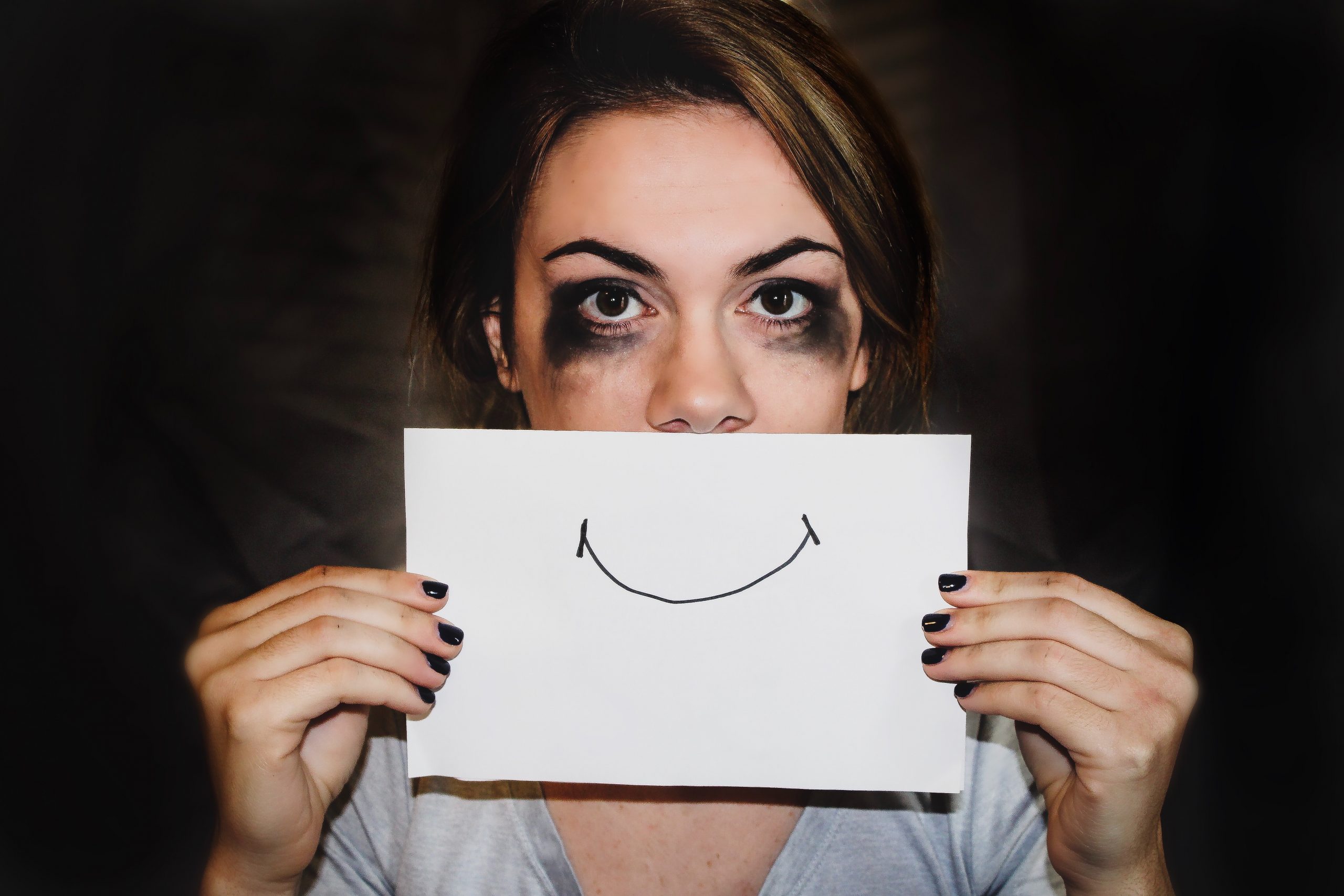 Can activism be therapeutic ?

In my last article about Gloria Steinem, I talked quickly about what collectives in activism brings to people, both positive and negative. I want to elaborate more on that by exploring the links between care and activism.

The healthcare sector looks like society. lt is therefore not immune to its sexist, racist, classist, homophobic, transphobic, ableist and fatphobic biases. It even produces specific violences, examples of which are legion. Gynecological and obstetric violences with the consent of women disrespected and when care can even be refused to transsexual people. The generalized fatphobia of medical practitioners ranging from unsuitable medical equipment, making patients feel guilty or even insulting them as well as wrong diagnoses because they focus only on the weight of the person. Racist prejudices with the so-called Mediterranean syndrome which asserts that people from Maghreb and African origins exaggerate their suffering and therefore lead to a minimization of the severity of their symptoms, which can sometimes lead to their death …

In psychological care, you have to pay your therapist. It is presented to us as part of the healing process, in which investing in your own well-being is a first step towards self-care. But it is also a classist bias! Of course, if you do not have the money, there are always free options but you risk being confronted with waiting lists, an uncoordinated care route with frequent changes of therapists. and with that to resume your story from the beginning as well as a limited number of sessions. In short, not the best conditions to take care of your mental health.

Not only is the medical world impregnated with violence, it also completely depoliticizes suffering. This is particularly visible in mental health care. About this, Joanna Macy writes, “It is difficult for us to give credit to the idea that a concern for general welfare could be genuine and acute enough to cause distress. Assuming that all of our urges are ego-generated, therapists tend to view feelings of hopelessness with regard to our planet as manifestations of some private neurosis.” According to psychology it is as if eco-anxiety, patriarchy, capitalism or systemic racism do not exist. For example, anorexia is a pathology that is only treated physiologically (by inviting patients to eat more) and on the individual psychological level (by solving issues such as the relationship with the mother, the desire for control, etc.). Gender stereotypes and the very violent and contradictory injunctions made to the bodies of women, and moreover young girls, are never questioned, while it is well known that these injunctions lead to psychological problems for many women. This is what Naomi Wolf relentlessly demonstrates when she writes, “Anorexia, bulimia, even compulsive eating, symbolically understood, are not actually diseases. They begin (…) as sane and mentally healthy responses to an insane social reality; that most women can feel good about themselves only in a state of permanent semistarvation. ”

These examples show that medicine, and psychology in particular, as mainly practiced today, individualizes the suffering of people and thereby individualizes the effects of systemic dominations. What is political is relegated to the private sphere. However, we can suffer because this world is violent. Structural oppressions can affect us and be responsible for our individual problems. But psychology offers us to improve our attitude and our ability to endure these oppressions, instead of tackling their dismantling.

This is where activism contravene traditional care. The political that has been relegated to the private sphere; it takes it back to the political sphere. Faced with the violence of society and the inadequacy of the medical response, activism is also a form of self-care and care for others.

To be an activist is also to understand the systemic aspect of our discomfort, to deconstruct (initially intellectually) systems of domination, and to understand the limits of our freedom and real power of action. This is the reverse of a simplistic and individualizing discourse “when we want we can” to be replaced by “when we want we can, to a certain extent”. Understanding is already a first step towards recovery.

Being an activist also means strengthening your sense of belonging to a community, meeting people who have had the same experiences or have the same values and ideas as you. Finding fellow fighters who understand you is so invaluable. Not having to explain and justify the reasons for your anger or discomfort allows you to devote more energy to healing. In the podcast Violé.es: une histoire de dominations, author Marcia Burnier and her two friends explain how they launched, after their respective rapes, their self-managed support group. This allowed them to move forward in a kind, woke and free environment, which was made much more difficult in a classic mental health support system. Sisterhood heals!

To be an activist means moreover to accumulate an incredible force coming from the collective. We collectively become capable of what we are individually incapable of. It’s that kind of strength and sense of invincibility that comes out of protests. Together, we feel like we can change the world! The collective allows us to realize our power and our power and brings us daring and creativity. These are all things that make us realize our ability to act on ourselves and that allow us to heal ourselves by treating the structural causes of our discomfort. We thus go from a world made of “power over” (domination) to a world made of “power with” (synergy).

Finally, being an activist means improving your self-esteem. By having the impression of feeling useful, of helping to improve our society, we gain psychological benefits. Activism can thus constitute a harmonious passion, according to the scale of passions by Vallerand. Practiced in a calm and balanced way compared to your other activities, it increases positive mental health. For example, Arne Naess, a pioneer of Deep Ecology, offered his activists community therapy workshops to heal our society’s relationship to the Earth.

But I don’t have an angelic vision of activism and am aware of its limits. It can also bring its share of suffering.

The time and energy invested in activism can cause great physical and intellectual fatigue. Positive passion can turn into obsessive passion. It is manifested by an uncontrollable urge to practice the activity and it conflicts with all other dimensions of your life. The scale and complexity of the battles to be waged as well as the slowness of the gains made can make us dizzy and distressed. Loïc Steffan gives the example of the anxieties experienced by environmental activists: anxiety about finitude, anxiety about responsibility, anxiety about incompleteness, noetic anxiety…

It is also no secret that activists are particularly exposed to harassment and violence from opponents. This is particularly visible online where cyberviolence against activists in the form of raids, sexual harassment, threats and insults are particularly common. In 2016, the Collectif féministe contre le cyberharcèlement (Feminist Collective Against Cyberviolence) conducted a survey in France which revealed that 44% of cyberbullied women say they have been because of their political opinions. The consequences of cyberstalking are very real for victims and can range from low self-esteem to suicide.

Sometimes the attacks can also come from our own camp. Indeed, activists’ spheres, even those opposed to systems of violence and domination, are not exempt of violence. Debates of ideas and different ideologies within a movement have always existed. They are healthy when they encourage debate, reflection and questioning. They become violent when they turn into a trial of intent, demonization and cancel culture, thus reproducing acts of violence and domination. The cancel culture is particularly accentuated with the use of social networks. I am focusing here on the effects of denunciation, ostracization and sometimes even harassment of activists who have said something in a clumsy, inappropriate and offensive way for some people. I will not expand here on the misguided use of the term cancel culture by people in positions of domination who refuse to question themselves and use it to refute valid criticisms leveled at them, as it would deserve an entire article. Activism purity is also a dangerous myth in that no one is perfectly woke and leaves no room for error, nuance or changing your mind. And this can also cause serious psychological and physical damages to those who are the victims.

If activist’s spheres can bring us as much well-being as they hurt us, how can we try to minimize the second effect and accentuate the first?

We can first try to make our activists spheres healthier. Elizabeth Carlassare analyzed the alleged oppositions between constructivist and essentialist trends in the ecofeminist movement and shows how the boundaries are not so clear between the two… The “essentialists” do not use the gender characteristics of women without filters and recognize that these characteristics are the product of a process of essentialization by the patriarchy. Materialists, on the other hand, can show essentialism when they use the term “woman” uniformly, which erases the specific experiences of various women. Faced with this, Elisabeth Carlassare invites essentialists and materialists ecofeminists activists to unite politically without having a unified position through the slogan “unity in diversity”. Obviously, that’s easier said than done. It requires dialogue, negotiation and argumentation in a confident and constructive environment to find how to fight together while having ideological differences and agreeing to exchange well-founded criticisms. It still takes time and energy. But when we know the restorative power of our struggles, I am convinced that we must invest this energy to unite and fight together the external violence which is already huge.

References quoted in the article: